What is Wilder World Real Estate? Read this post to find the answer!

The development of blockchain-based video games like GameFi has increased the popularity of metaverse platforms. As GameFi introduces a new game economy to the gaming industry, some of its features are influencing other industries like digital art and fashion.

Wilder World may mark the start of a new age for artists worldwide, with an increasing number of collectors, enthusiasts, and investors wanting to monetize their passion for art, gaming, and collectibles.

What is Wilder World Metaverse? 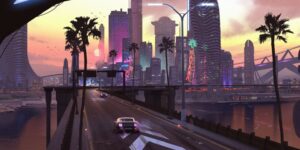 Read this to learn more about Where to Buy Wilder World 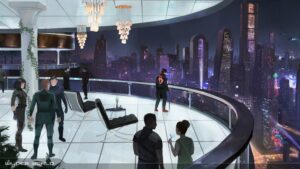 What is Wilder World Real Estate?

Wilder World has funded $3 million to build a “metaverse” centered on art and commercialized using nonfungible tokens, or NFTs.

Wilder World, founded by 3D artist Frank Wilder, collaborates with Zero.Space on technology. Rather than constructing another site to sell NFT art, Wilder World is building a world utilizing Epic Games’ Unreal Engine and a decentralized team known as a decentralized autonomous organization, or DAO.

According to Wilder in a discussion with GamesBeat, the goal is to produce a project that is more comprehensive than any particular artist could achieve on their own. 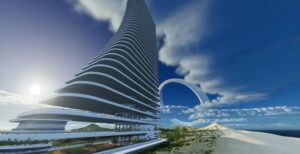 Blockchain, a secure and transparent decentralized ledger mechanism, is used by NFTs to certify the uniqueness of collectible NFT digital products. Other uses for NFTs include art, sports souvenirs, and music. One example is NBA Top Shot (a digital twist on collecting basketball cards).

NBA Top Shot, developed by Dapper Labs, has topped $500 million in revenues just five months after making it public. An NFT digital montage by the painter Beeple sold for $69.3 million at Christie’s. Investors are pumping money into NFTs, and some of them are gaming enthusiasts.

This metaverse is a three-dimensional universe that uses non-fungible tokens. The team used Zero.space to create a realistic world for the gamers. Everything in the game is three-dimensional, and many of the assets owned by players are also NFTs.

You may connect with other people, buy property, and even sell some items in marketplaces. As a result, it is quite comparable to the actual world. You may join the area to build one-of-a-kind items, mint them, and sell them. Creators that are interested in collecting unique and fascinating artworks may also join the community.

The ecosystem aims to address some of the issues associated with NFT markets. For one thing, marketplaces are rarely decentralized; in most situations, a centralized organization regulates all activities. To address this, Wilder World envisions itself as a DAO (decentralized autonomous organization) through which merchants and buyers may deal via a community-centered platform.

In addition, it intends to address the industry’s persistent liquidity crisis. With the expanding number of art collectors, it may be simple to obtain liquidity when an item is sold.

Finally, it intends to provide usefulness, particularly for digital items. While many NFTs do not have functions, Wilder World tokens do. You may, for example, drive your automobile NFTs in the virtual world and even lease them out.

Now that you know about Wilder World real estate, start your metaverse journey with it now.