Metaverse platforms are becoming more popular as a result of the introduction of blockchain-based video games and GameFi. As GameFi provides a new game economy to the gaming business, some of its characteristics are impacting other industries such as digital art and fashion. In this article, we will understand the Wilder World Gameplay.

With an expanding number of collectors, gamers, and investors looking to monetize their enthusiasm for art, video games, and collectibles, Wilder World may herald the beginning of a new era for artists worldwide. 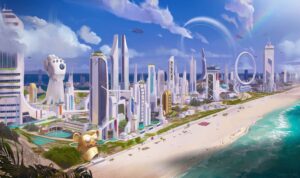 Read this to learn Where to Buy Wilder World

Wilder World enables a unique bridging curve structure for its NFTs, allowing partial sales of any virtual asset, and introducing collectors and individual investors to a whole fresh perspective. Furthermore, collectors can simply monetize their digital assets by earning royalties on future sales. Wilder World is unquestionably a perfect platform for importing your digital content from other NFT systems and then releasing them as game-ready tokenized assets on its network.

Wilder World includes many collaborations, including guilds, NFT projects, and significant players in the cryptocurrency sector. With the help of Immutable X, Wilder World aims to be a gas-free metaverse. Immutable X, a Layer-2 protocol for exchanging Ethereum NFTs, enables users to trade quickly and without paying any gas fees. The collaboration with Animoca Brands allows for the creation of the photorealism metaverse. Yield Guild Games (YGG) is another intriguing collaboration, especially since YGG is relocating to Wilder World’s Wiami. Beeple and BossLogic, two well-known NFT artists, have collaborated with the metaverse on projects for Wiami.

Moreover, Wilder Wold has over 100 individuals working on the project across 15 nations. Frank Wilder is the company’s creator and creative director, and he is joined by co-founders N3O, Phoenix Wilder, Dave Waslen, and Hypno Wilder. Furthermore, Frank is a 3D sculptural artist who has been working in the blockchain art field since 2017.

WILD is the Wilder World’s native currency. It serves as a utility and governance token for the Wilder Decentralized Autonomous Organization (DAO), enabling holders to vote on new guidelines or development. WILD, as previously stated, will also be used to purchase and trade NFTs on the platform, as well as to stimulate the development of the Wilder World Virtual world.

Where To Buy WILD?

WILD can be purchased on the KuCoin exchange, just like any other cryptocurrency. You have the option of placing a market buy or a limit buy. With a limit purchase, you decide how much you’re ready to pay, and your order is filled when the token price hits your limit price.

If you need the token right away, you can place a marketplace order, in which you agree to pay the current cost and have your order processed almost immediately. If you want to buy WILD, you may do so through KuCoin or Gate.io.

The WILD token powers Wilder World, which is utilized on the Wilder World Metaverse Market to acquire and trade NFTs with in-world utility. The Wilder ambition is to build a community-owned, totally decentralized Nation that can be explored in our comprehensive realistic 5D Metaverse.

Wiami is the first metropolis in Wilder World, located in a parallel timeline in a nearby reality. Wiami is a Protopia with a futuristic vibe based on 1980s Miami, as well as a CyberPunk flare and a touch of fantasy. Player versus. Player (PvP) and Play to Earn (P2E) are important aspects of Wiami that may be enjoyed through a variety of microgames.

The first micro game will feature our Wilder Wheels NFTs battling for pink slips.  This game is similar to GTA, but here the money is real. Wiami will also give an expansive virtual world for Artists and Collectors to experience.