In the game Axie Infinity, before you may pit your pets against other gamers in Axie Infinity, you must first raise them. These virtual animals are known as Axies in a Blockchain-based game. Axie Classes are a type of non-fungible token, or NFT for short.

The next step is to level up your pets by defeating other monsters in expedition mode or competing against other players’ groups in the arena to go up the scoreboards. Both techniques will provide us with SLP, which may be thought of as digital money with a regular value that can be swapped for real money. What is the axie weakness chart? Read on to learn about it.

What is Axie Weakness Chart?

Each class is stronger or weaker than another, so picking the appropriate one for combat is crucial. Axies with a class edge will do 15% more damage to the opponent, while the axies with a class deficit will inflict 15% less damage. The game uses a rock-paper-scissors approach to guarantee that all classes are proportional. One class might be stronger or weaker than the other. 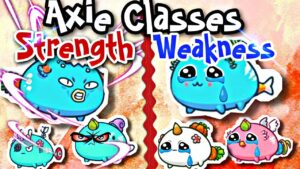 What is the Axie weakness chart? In the table below, you will find the weaknesses of all the Axies in Axie Infinity.

In the table below, you will find the strengths of all the Axies in Axie Infinity.

What are the Game Modes and Rules in Axie Infinity?

Axie Infinity‘s core gameplay is very similar to those of the Pokémon franchise. Battles are contested in a one-on-one format, with each player fielding a three-axis team. These axes each have their own set of stats, and the battle is fought in turn-based combat. 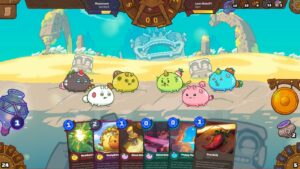 What are the Axie Elements in Axie Infinity? 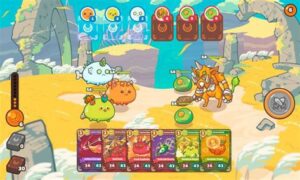 What are the Axie Stats?

All Axies begin as fertile beings with the ability to pass down unique qualities to their children. Apart from Origin Axies and MEO Axies, SLP is not free. When an Axie’s breed count is depleted, they become sterile for life.

Because the developers do not want to oversaturate the marketplace with specific qualities and features, those were the first things you should understand about breeding Axies. Despite these constraints, gamers can experience a wide range of Axie genes and mutations.

How to Breed an Axie?

The basic method of allowing Axies to reproduce is rather straightforward. You will require the following items or creatures:

The egg will take 24 hours to incubate before hatching into a larva. The Axie will remain a larva for 48 hours, and you will still be unable to determine which genes it inherits. Furthermore, although being based on the parents’ type, the Egg color does not affect your Axie’s genes.

Three days after birth, your Axie will mature into a Petite, which is a cross between a juvenile and a teenager. You may now view its class and traits, but to transform it, you must go into your collection and pay a little charge plus an ETH gas fee.

Additional 48 hours need to pass before your Axie can transform into an adult, and the morphing process is similarly fee-based. When an Axie reaches maturity, it is ready for breeding and combat. Now, let us move on to what is Axie’s weakness chart.

How do you counter a reptile axie?

Mind games can be used to defeat Reptile Axies. Reptile owners prefer their Terminator Axies to be the last ones who stand, so use backline-targeting or speed-targeting abilities to startle them. You can also defeat Reptile by quickly defeating two of its allies.

What is Dusk and Dawn in Axie?

The best part is that each Axie Class has different strengths and limitations, therefore their placement in your team will be determined by that. There’s a rock-paper-scissors mechanic in the game that lets you figure out where to put these animals against one other. If you have learned about all the strengths and weaknesses of these creatures, you can breed them and make them stronger. You can earn a lot of money in the marketplace if your Axie turns out strong and unique.