My Neighbor Alice targets two separate audiences: gamers and Defi enthusiasts, making it a one-of-a-kind effort in-game use cases. A multiplayer building game, blockchain-based in-game assets, staking, and a loan economy for NFTs are among the technologies used to build its ecosystem. This distinguishes My Neighbor Alice from other games such as Decentraland or popular metaverse platforms such as The Sandbox.

In this article, we will discuss if My Neighbor Alice is play to earn. Read till the end to clear your doubts.

To learn all about My Neighbor Alice, click on the link

Is My Neighbor Alice Play to Earn? 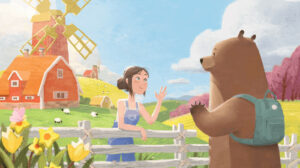 Yes, it is. My Neighbor Alice’s entrepreneurial sandbox excites players. The participants’ interrelation generates a thriving economy full of potential. These prospects are available to novices with minimal funds and advanced users with many resources. Examples of MNA entrepreneurship:

All farming is done on NFT-sold land plots. You can cultivate crops to sell to other people if you have land. Planting and growing crops are enjoyable — just be careful to water them! If you don’t want to make all that effort, you can rent your land to another player.

Animals are exceptional NFTs that gained new owners at the first farm animal adoption event earlier this year. Crafted materials are more valuable to trade and can be distinctive. Each animal possesses uncommon crafting skills. Some animals can help you spin organic cotton into the thread when you harvest it. Other animals can weave the thread into fabric, while others may color it. You can sell or make clothing with these textiles.

If you don’t possess land or animals, landowners may post-employment. You may tend their crops or animals. Lands need watering and care, and animals need food, drink, and affection. Your support is valuable to a landowner since well-kept grounds generate better crops and well-kept animals craft better.

Traveling around the players’ territories is thrilling; you’ll meet new people and see their creations, farms, animals, and furniture. Some resources may be cheaper in one region than in another. These characteristics let you behave as a merchant, buying and selling products to make money.

In-game assets based on blockchain 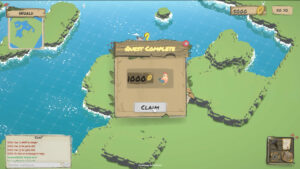 Users can stake their tokens to earn a passive income, with the game structured to provide the highest staking yields in the game’s early days. As new features are introduced, and the game grows, the staking incentives will gradually decrease.

My Neighbor Alice creates a trustless lending mechanism for game players that uses smart contracts to ensure that tokens are returned to lenders when the NFT rental period expires.

Players can also buy and trade ALICE tokens and NFTs in-game or on external NFT exchanges like Treasureland (on multiple blockchains).

Can I earn in My Neighbor Alice?

My Neighbor Alice has emerged as one of the most anticipated new virtual worlds, and the makers have finally revealed how to play and earn in this game. My Neighbor Alice’s play-to-earn economy is on supplying resources and doing chores that other players don’t want to do.

In My Neighbor, Alice, users who own land can cultivate crops and sell them to other players. According to the developers, planting and growing should be a pleasant activity. You can, however, rent out your land and have someone else look after those resources. Additionally, there will be creatures with crafting talents. For example, if you harvest cotton from your farm, some animals will assist you in spinning it into thread. Other animals can turn it into a fabric, and so on.

You can, of course, exchange. Transport resources from one location to another while attempting to sell your items for a profit. Players can even rent out their animals to other players. Created things can also look incredibly cool, so you might become a T-shirt designer and make a fortune off trendy clothing.

The developers’ most intriguing point was that the game has its own Craigslist. Landowners can post work that other players can accomplish in exchange for a reward. This allows landowners to allow other players to feed the animals or harvest crops.

How do I make money on My Neighbor Alice?

MNA is a gaming platform that decentralizes game usage by utilizing blockchain technology. It is administered by a decentralized autonomous organization (DAO), which offers participants and investors a role in platform updates and adjustments. MNA’s native currency is ALICE tokens, letting holders play, invest in, and be a part of the game. The components of the game are further discussed below: 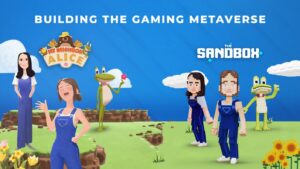 Chromia blockchain: MNA is built on Chromia, a blockchain platform designed to solve scalability issues in decentralized apps (DApps). The platform distributes Chroma (CHR) to Chromia network nodes, which collaborate with other nodes to validate blocks and therefore construct the blockchain. All in-game goods (avatars and land parcels) are also represented on the blockchain. Because the entire game is stored on a blockchain, there is no dependency on centralized servers. The usage of Chromia allows the game to avoid performance issues that are frequently caused by the limited capacity of servers or networks. This also enables users to participate in the game without holding cryptocurrency.

DAO system: One advantage of owning ALICE tokens is their influence on the governance process. ALICE holders can participate in future platform advancements thanks to MNA’s DAO governance structure. Holders of Alice coin can participate in choices on proposal updates, platform operations and developments, platform upgrades, and protocol modifications through voting on the DAO system. Real-world influence on the platform and voter incentives could increase the platform’s desirability to investors. These features improve security by allowing actual ownership of the assets offered and possibilities to contribute to platform growth.

ALICE: MNA’s ALICE crypto is the foundation of the decentralized tokenized system and may be used for various platform functionalities. ALICE is replicated as an ERC-20 token to assure trade liquidity, compatibility with other decentralized platforms, and open availability for crypto newcomers. Because ALICE tokens have a limited supply, the cryptocurrency is believed to be inflation-protected and thus a worthwhile investment.

How is ALICE Crypto used?

The ALICE token enables its holders to take part in the game in a variety of ways:

ALICE tokens can purchase in-game goods or even unique skill sets for workers in the game’s virtual marketplace. The MNA online marketplace can also be used to buy or sell land and other in-game assets with other players.

User-designed features: Designing specific land or asset features that need a visiting charge is a terrific way for users to generate passive revenue. This ensures a consistent token flow regardless of whether the user is actively playing the game.

ALICE tokens can be delivered to other users or chatroom neighbors, and in-game or NFT assets can be presented to guests or swapped with other players.

Play-to-earn: This approach encourages users to contribute to the game, allowing the platform to maintain traction and gain wider acceptance. Experience points (EXP) are provided to players for completing particular objectives. EXP can also be converted into in-game items.

ALICE’s ERC-20 compliance significantly benefits users because it allows ALICE coins to be transferred across the Chromia and Ethereum networks. This feature offers users the benefit of exchange, ensuring liquidity and quick and easy conversion of bitcoin into cash. Staking ALICE tokens is another option to use for investment. Holders of ALICE tokens can stake them to gain a percentage of platform revenue from earnings such as plot sales, asset sales, and transaction fees.

The mix of intelligent contracts, NFTs, and fun components in the form of games is among the most intriguing applications of blockchain technology. It’s a massive, untapped market still in its early stages. If the current trend of expanding NFT popularity continues, My Neighbor Alice could become one of the most popular blockchain-based initiatives in the world. So, is the ALICE coin a worthwhile investment?

Many NFT specialists believe that ALICE is an excellent long-term investment since the My Neighbor Alice video game is unique among blockchain-based games that use NFTs. However, because cryptocurrency markets are more volatile, you should always proceed cautiously and conduct thorough research before investing in any assets.