My Neighbor Alice’s ALICE coin serves as both a governance token and an in-game payment. Antler Interactive is working on My Neighbor Alice, which was released on Steam in the spring of 2022. Today we will discuss if my neighbor Alice is a good investment. We will talk about various factors that affect the price of ALICE coins.

What is My Neighbor Alice Coin? 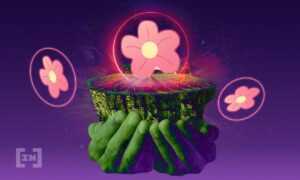 My Neighbor Alice is a blockchain initiative in the metaverse space. A closer examination reveals similarities to other metaverse cryptocurrencies such as Decentraland and The Sandbox.

People can use the platform to purchase and own virtual islands, make new acquaintances, and even gather stuff in non-fungible tokens (NFT). Antler Interactive, a business that has created several other games, started the game.

Users of My Neighbor Alice must first purchase a plot of land, which is known as a plot. After that, they can make some changes to make it as appealing as possible. They accomplish this by utilizing items such as greenery and other in-game materials. ALICE, the ecosystem’s native token, is used to make purchases in the game.

My Neighbour Alice has recently had a solid upward trend like other metaverse coins. This growth intensified after Facebook revealed its intention to become a significant role in the metaverse sector. As a result, the ALICE token’s entire market cap has risen to more than $400 million, according to CoinGecko.

What exactly is a Multiplayer Builder Game? NFT players can now interact with each other in the MNA environment via the Multiplay-Builder system. Players can explore Alice’s universe and create their virtual capitals, where they can connect with others and win prizes.

There are also competitions to win Tokens and other in-game rewards as members of a team or as solo players.

Team Developer for My Neighbor Alice

My Neighbor Alice is the creation of Antler Interactive, the world’s top gaming studio that integrates technology and art to create a diverse range of engaging games that continuously meet the needs of consumers.

The development team hopes to produce an enjoyable and economic game for both general and Play-to-Earn players by incorporating gaming technologies and appealing interaction.

Aside from MNA, we can still see many more Antler Interactive games such as Krystopia, Kartong, Survive, etc.

Is My Neighbor Alice a Good Investment? 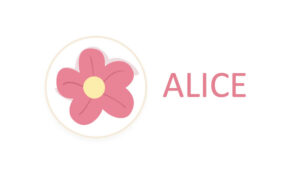 According to the four-hour chart, the ALICE price has been in a solid bullish trend during the last few weeks. On Tuesday, the coin managed to break through a critical barrier level of $23.84. This was a significant level because it was the highest in August. It also managed to break through the necessary resistance level of $18.52, which had previously been the highest in August.

The price of My Neighbor Alice has risen above the 25-day and 50-day moving averages. Momentum oscillators such as the Relative Strength Index (RSI) and the Moving Average Convergence Divergence (MACD) have also climbed.

As a result, there is a chance that this coin may continue to rise as metaverse tokens perform well. If this occurs, the next significant level to monitor will be $30.

What will Alice coin be worth?

Price Prediction for MyNeighborAlice in 2022

ALICE has enormous potential, and with specific collaborations and developments, the number of users and adoption may expand. If the market focuses on investing in MyNeighborAlice, the price could skyrocket. It can reach a maximum value of $4.11 by 2022. If the market falls, the ALICE is expected to reverse course slightly. The year 2022 might end with an average price of $3.69, with a low of $3.55 and a high of $4.11.

ALICE will be perceived as a better option, and the price of MyNeighborAlice will reach new highs due to the large community. Price changes are challenging to forecast, especially when the market is bullish or bearish than usual. MyNeighborAlice will cost around $5.34 in the year 2023. The highest price we can obtain is $6.19. MyNeighborAlice’s average pricing is expected to be about $5.52 by 2023. A massive price turnover is expected within the range specified by the crypto market.

Price Prediction for MyNeighborAlice in 2024

Prices for MyNeighborAlice (ALICE) appear to be approaching their prior all-time high by 2024.

We can anticipate an average price of $7.94 by 2024. If everything goes as planned, the maximum price of MyNeighborAlice in 2024 might be as high as $9.46. Of course, the market may crash after a long bull run, usually in the bitcoin market.

There are signals of the cryptocurrency sector growing enormously and entering a new era. Certain that the long-term price estimate for ALICE will skyrocket since there is still hope that the currency will garner a lot more attention. 2025 might end with an average price of $11.66 and a minimum price of $11.26. The peak price is projected to be approximately $13.34.

Price Prediction for MyNeighborAlice in 2029

With further acceptance and connections with other significant blockchain networks, the price of MyNeighborAlice would skyrocket in 2029, with the maximum trading price reaching $64.72 in 2029. If we maintain the same pricing ranges, they will be pretty stylish. If everything goes as planned, we may anticipate an average price of $55.08 and a maximum of $64.72 in 2029.

Many websites and forums provide a unified approach to this currency. According to this prediction platform, MyNeighborAlice will remain stable at its current price for a very long time. The ALICE is anticipated to be valued at a maximum of $91.39 by 2030. If the market turns positive, the minimum price might rise to $74.22.

Price Prediction for MyNeighborAlice in 2031

The bitcoin market is driven by volatility. It isn’t so simple to predict and cope with current prices. Many crypto analysts are involved in this. For the previous years, the pricing estimates are correct. Crypto users are still worried about bans and restrictions on cryptocurrency. If the market has a nice bull run in 2031, the price of MyNeighborAlice may cross $130.73. Given that long-term investors are projected to own it, its average price in 2031 will be around $117.41.

According to a significant number of blockchain experts, ALICE is a solid investment because My Neighbor Alice is a quickly increasing business that has the potential to become one of the most significant crypto ventures in the ecosystem. Because of its small fixed quantity, the ALICE coin is an excellent long-term store of value.

One of the most appealing applications of blockchain technology is the combination of Non-Fungible Tokens, smart contracts, and games. It’s a big, untapped market that’s only just getting started. If the current trend of expanding NFT popularity continues, My Neighbor Alice might become one of the world’s most popular blockchain-based ventures.