If you are into crypto staking, you might have heard about Illuvium. Be it casual gamers or a dedicated De Fi fan, this open-world fantasy battle game is perfect for all. It is also categorized as the foremost AAA game that is built on the Ethereum blockchain platform. Home to creatures called Illuvial, this game has ILV as its primary token.

If you are a $ILV token holder, you can stake them easily, and with it, earn certain rewards from the game network. If you are wondering how to get started with Illuvium staking, this post is just the thing you will need. With $ILV tokens in your Web 3 wallet, you simply need to follow our guide and stake $ILV successfully for earning game tokens and currency. Let us see how! 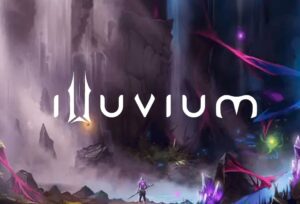 Before we tell you more about Illuvium staking, and how to do it, let us first tell you a little about Illuvium. As stated in the introduction, it is an open-world fantasy battle game. This game is a mix of two worlds – PVP battle gaming and open-world exploration. When you play the game, you will be introduced to Illuvial.

The users can build their own team of these powerful beasts to explore the Illuvium metaverse. These creatures are denoted by a unique non-fungible token and can be traded on any exchange platform that allows it. The same can also be done on a platform called gas-free IlluviDEX. Another important thing in the Illuvium ecosystem is the ILV token.

If you are here for Illuvium staking, you should know that this token is the main token in the game, and is used for the same. Also, it can be used to participate in the governance of Illuvium and is also given to users for their game achievements. Now that you know about Illuvium, let us move on to the staking program for $ILV. Keep reading!

The Staking Program For $ILV – What Is It?

Before we tell you how to stake Illuvium, there is another thing you need to know – “What is the staking program for $ILV?” Let us find out!

When you spend your time exploring the Illuvium ecosystem, in addition to the rewards you will earn, you can stake your $ILV tokens. Starting with it is pretty simple. You only need to have $ILV tokens in your Web 3 wallet and know how the $ILV staking program works. Here is the answer to what it is:

Here, $ILV refers to an ERC-20 token. This game token is issued on the $ILV decentralized exchange to any of the liquidity providers.

What Is $ILV Staking and How to Do It? 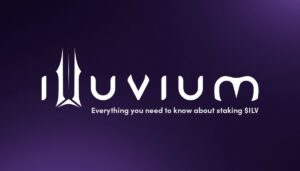 Now let us tell you about Illuvium staking and how you can do it. Let us begin with what staking really is. In simple words, it is a process in which the users need to commit their crypto assets (here $ILV) in order to support a blockchain network. Also, it is done to confirm transactions. This also allows users to earn rewards on their Illuvium (ILV) holdings.

Now, staking ILV is pretty simple. For it, you will just need to have a compatible Ethereum wallet. This wallet should contain $ILV and $ETH to pay for gas. If you meet this requirement, you just have to follow the steps given below to get an answer for – “How to Stake ILV?” Have a look at all the easy and simple steps:

The first thing that you need to do for Illuvium staking is visiting the website staking.illuvium.io. Once it loads on your screen, go to the top right-hand corner. Here, you will find the “Connect Wallet” tab. You have to click on this tab, and simply choose that kind of wallet you want to connect for ILV staking.

Then, you will come across the “Stake” tab. You need to click on it, and then choose the Core Pools. Once done, simply tap on the approve option. You will be given a series of prompts on your wallet. Follow them, and you will be able to complete the transaction.

The next step is to select the pool that you desire to stake in. Once you do so, simply tap on the “Stake” option.

Step 4: Decide Between Flexible and Locked

After this, choose between the option of flexible and locked. The former does not have any multiplier rewards. However, if you choose the latter, your pool weight will amplify 2x. Then, you need to add the amount you have to stake, click on the stake tab, and move to your wallet.

After the above step, choose how you want to claim your rewards – $ILV or sILV, and tap on the corresponding button. After this, once again review your transaction, and wait for confirmation.

Step 7: View Your Deposits and Rewards

Then, tap on the Vesting tab, and check your deposits and rewards. That’s it, now you are staking $ILV. Once vested, you can even choose to withdraw your rewards from the Illuvium Protocol!

To conclude, let us see if Illuvium staking is worth it. As per the Illuvium Tokenomics, the token has a max supply of 10,000,000. As of now, there are 650,000 circulating tokens. Last year, this distribution started in December, and Illuvium DAO sold 20% of them in the seed round.

The developers and the treasury got 15% each, and 30% was dedicated to yield farming. 10% of them were for future investors. As for the final 10%, they are for the rewards in the game. Based on this ILV Token Distribution, you can easily decide if it is worth it for you or not!