We’ve seen a lot of blockchain technology in gaming over the last few years, but we haven’t yet seen a game with the budget and polish of a blockbuster release. As its name implies, Illuvium is a blockchain game that explores the metaverse and play-to-earn models.

However, how exactly will this be achieved, and will it offer the deep gameplay it boasts when it launches? Well, before brainstorming on the critical questions about Illuvium Land, let’s start with the basics

What is Illuvium Land?

Illuvium is an open-world video game that aims to be the first AAA blockchain title to hit the market. Illuvium is an upcoming fantasy role-playing game developed on the Ethereum blockchain by a Decentralized Autonomous Organization (DAO) known as the Illuvium DAO.

In the game, players collect creatures called Illuvials, each with a class and affinity. All Illuvials have strengths and weaknesses. They gain power as they defeat other players and complete quests. Now you must be wondering how this game is connected to the whole world of blockchain? Well, in Illuvium, players are plunged into a 3D open environment to explore and catch deity-like monsters known as Illuvials.

The Illuvials that players gather are represented on Ethereum’s blockchain using NFTs, which have real-world value. Illuvials can be used to compete against other players for Ethereum (ETH).

How Does Illuvium Work?

The Illuvium is an open-world RPG blockchain game built on Ethereum. The player must defeat and catch Illuvials while wandering through the virtual Illuvium land property. After adding them to your collection, you can utilize your monsters in combat against other players while questing, solving challenges, or progressing through Illuvium’s tale.

Illuvium has its own tokens, the ILV and sILV, along with Non-Fungible Tokens (NFTs), which represent creatures, cosmetic enhancements, and functional objects. Play-to-earn features will be included in the game, paying players with ILV tokens for completing challenges, quests, and battles on the Illuvium land properties that they own.

How to Buy an Illuvium? 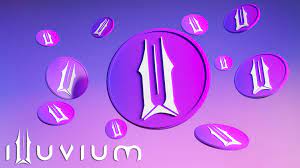 Illuvium is available for purchase on the Binance cryptocurrency platform. To get started, you’ll need to create an account on a cryptocurrency exchange platform and go through the KYC and AML processes.

Illuvium can be brought from:

Wallets that support the purchase of Illuvium:

Is Illuvium Free to use?

Illuvium is a free-to-play game, but those looking for a more in-depth experience can buy ILV and sILV tokens to gain access to more in-game assets. Now you must be thinking what exactly are these ILV and sILV? Well, read ahead to know.

What are ILV and sILV?

ILV (Illuvium) and sILV (Silver Illuvium) are two ERC-20 cryptocurrencies that power the Illuvium game. Illuvium has a one-of-a-kind yield farming Resource collection, in which all ILV rewards gained through the yield farm are frozen for a year before being withdrawn. Investors can, however, avoid the unlock timer by converting their ILV awards to sILV, a secondary asset available only in-game.

Players who claim their prizes as sILV receive the USD equivalent of sILV and can utilize their rewards to buy in-game Illuvium land properties items sooner. With ILV tokens, users can engage in yield farming, staking, and governance of the Illuvium DAO.  If you invest your tokens you can choose whether to receive your rewards in ILV or sILV.

The awards have a one-year lock-up period if holders want to obtain ILV. With this lock-up time, the liquidity for ILV-to-other-coin trade pairs is maintained. Those who want to earn sILV will receive their prizes right away, with no waiting period, though sILV can only be used for in-game purchases. The benefits for individuals who stake ILV are funded by a variety of revenue streams, including in-game purchases.

How to stake an Illuvium? 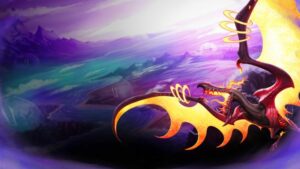 Holders of the ILV token can stake their tokens in exchange for network benefits. ILV token holders who stake their coins to the network receive 100 percent of in-game earnings. As previously stated, ILV has a 12-month lock-up period, whereas sILV can be claimed for spending in the game at any time. A suitable Ethereum wallet is required for staking ILV. There are many options available in the market, you can research and choose as most fitting to you.

To stake their ILV, users must first send their tokens to a MetaMask or MetaMask comparable wallet, then go to Illuvium’s staking webpage and link their wallet to their ILV tokens.

Stakers should then select “core pools” and follow the on-screen instructions from there. It’s worth noting that the disbursement of staking prizes has been put on hold until staking V2 is released. For those who continue to stake, rewards will be computed, and this Resource collection will be rolled over when staking V2 begins in the coming weeks.

Illuvium is purely hypothetical at the moment. Nobody knows how the game will play out or whether the promised decentralized financial (DeFi) capabilities, such as the DEX, will be implemented. The makers have also given no indication of when the game would be released.