Settlers of Catan is a tabletop classic that is a favourite at many gatherings and game nights. It skillfully integrates components from commerce, resource management, and city-building games to create an entertaining and simple-to-learn strategy game. Many board game addictions began with the board game Catan.

You are prepared to find another game that evokes the same affection and fluid strategic gameplay now that you’ve played and adored Catan.

#1. The Castles of Burgundy 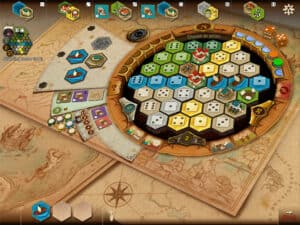 The Castles of Burgundy is one of the games that most closely resembles Catan in terms of theme and gameplay. It is set in mediaeval France (hexagon grid, dice rolling, and territory building).

With the use of dice and tile placement, players create settlements and engage in strategic trade to earn victory points. The game plays smoothly, feels light, and is still enjoyable without being overly complicated.

It’s simple to think that a simple game like The Castles of Burgundy won’t keep players stimulated and interested for very long and won’t have any replay potential.

The major focus of Concordia was managing a dynasty and dispatching colonists to remote regions of the old Roman Empire while creating a network of trade with established colonists. People move to towns that manufacture goods like bricks, food, wine, tools, and fabric, all of which are utilised in the trade of dwellings.

This game is a winner if you enjoy Catan’s aspects of commerce and settlement. Contrary to Catan, Concordia solely employs cards instead of dice, which gives the game a slightly different flavour that some players may prefer while others may find irrelevant.

Compared to Catan, Concordia definitely has a little more going on and requires a little more planning in advance. Although you trade and everything has a Catan-like appearance, you won’t trade with other players even when other player interactions are taking place.

The average gameplay time is between 90 and 120 minutes, and Concordia’s base can be expanded with a number of different expansions. Each player manages their colonists on a different board in the multi-award-winning board game Puerto Rico, which helped usher in a new era of gaming. Players can choose from a variety of positions, including mayor, captain, prospector, craftsman, settler, trader, or builder.

Puerto Rico is more sophisticated than Catan, making it a good choice if you want to grow in the world of strategic board games without becoming unduly complicated.

The premise and the game’s economy-based gameplay are where this game and Catan have commonalities. With Puerto Rico, choosing roles is a wonderful touch, and the gameplay has a certain air of abstraction.

We had to consider whether or not to include the lovely traditional card game Bohannza in the comparisons to Catan. Even while it’s solely card-based and doesn’t have a board, it’s clear how trade and negotiation work similarly.

Players aim to sell big sets of beans for gold while exchanging undesirable beans in Bohannza, where the goal is to trade, plant, and sell different kinds of beans. You must use the following card to play, which is a rigorous regulation that adds to the enjoyment of the game but may irritate certain players.

Within the magical realm of Terra Mystica, a civilization and its residents have the capacity to change their landscape into a flourishing faction. When it comes to creating factions and villages, Terra Mystica and Catan are comparable; however, the game’s methods are different (i.e., no dice and not card based).

The gameplay in Terra Mystica is moved using a board map, faction boards, and several kinds of game tiles.

It does have a tonne more going on than Catan, which raises the bar for strategy gameplay and may appeal to certain players who want to try out games without dice, though others might prefer Catan or other slightly lighter games. 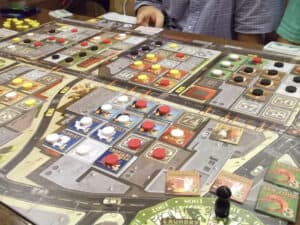 Chinatown is set in the 1960s, when Chinese immigrants were moving to New York to start new lives and, of course, new enterprises. A great theme that permeates the entire game.

We give Chinatown excellent marks for its level of interaction and its bargaining component of play. Players are originally given random businesses, so they must trade with each other for matching businesses and their locations by using cash, shops, or both (via tiles).

The game’s rules are comparable in complexity to Catan and are simple enough to learn. It’s a terrific all-arounder because it works well for families, more experienced players, and beginning board gamers.

When compared to dice and cards, Catan’s different placement mechanics can be considered a benefit rather than a disadvantage. Players can be introduced to these other game mechanics in this way without having their favourite genre of game discounted.

This game, which is set in the Stone Age, challenges players to trade and use their resourcefulness to feed their civilization’s populace. In the Stone Age, everyone competed for their own tribe’s share of food and resources.

Although you can affect the luck component, which you’ll clearly understand after a few games, there is a certain degree of luck associated with rolling the dice in Stone Age. You might sort of evaluate the results in advance and be more strategic.

Some of you players may now be acquainted with a system known as worker placement. With Stone Age, players do an action connected to their figures or meeples in which they can pick up new tools and perform other acts.

It’s time to start a company in Las Vegas, take control of those casinos, and drive your competitors out of business. In this light, a medium board game that can also provide a little help with dice luck, compete to make Vegas your commercial playground (not a lot, though).

In terms of Catan’s rustic medieval setting, Lords of Vegas initially appears nothing like Catan, but you’ll quickly notice how the systems mesh and other elements are surprisingly similar.

Catan served as an early illustration of a system known as Random Production, which essentially implies that resources are distributed at random to participants as part of the Lords of Vegas game.

The amount of player interaction ensures that there is never a boring moment in this game. However, the difficulty level is not too demanding; strategic choices, particularly when trading, are valuable and keep it hard enough.

Building and managing Casinos rather than settlements is a perfect complement, as commerce and bargaining work very well together in Catan.

These two themes couldn’t be more dissimilar, ranging from the Catan settlements of the Middle Ages to the suburbs and the creation of a metropolis. Surburbia is the process of expanding a town’s residential, commercial, civic, and industrial districts as well as other places to boost your population as others want to expand.

For aficionados of Catan, Surburbia does check off a number of the criteria. This low to medium-difficulty city-building and the tile-laying game is simple to learn and entertaining.

There are times when clever manoeuvres and choices will advance your game instead of luck, and the revenue and population aspects of this city-building type game are excellent additions. There are several options that increase player engagement.

The multi-award-winning video game Ticket to Ride is likely familiar to every gamer in the globe. For those who are new to board gaming, this is one of those ideal introduction games, and many end up becoming hooked.

The key factors for including it in this category are the simplicity of learning to play, the family-friendly component, and the introduction to strategic decision-making inside a route-building type game, even though the mechanisms and subject differ from Catan.

In Ticket to Ride, the objective is for players to amass a variety of train cards and claim North American rail routes, with the longest routes receiving the most points. The potential of losing routes to other players is a game feature that causes some stress.

When participants get somewhat harsh in play, Ticket to Ride excels. It is also a reasonably simple game that is simple to teach.

The Ticket to Ride in Europe and other regions is one of the versions that is now offered.

The concept, settling, and trading elements of Catan are present in Concordia, but without the use of dice and with a little more complexity added. The Castles of Burgundy is perhaps the finest match in terms of rules and theme.

For those intrigued, Terra Mystica and Puerto Rico are both a step up in terms of gaming, while Bohnanza was a contentious inclusion, even though the bargaining and trading aspects of it fit exceptionally well despite simply being a card-based game.

The board games Stone Age, Lords of Vegas, Chinatown, and Surburbia are all unquestionably excellent choices.

Last but not least, Ticket to Ride deserves consideration because, while having quite a few different gameplay elements and procedures, it appeals to those board game newcomers who want to learn something enjoyable quickly. 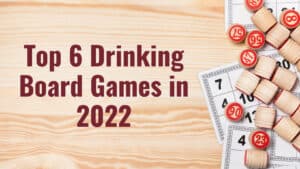 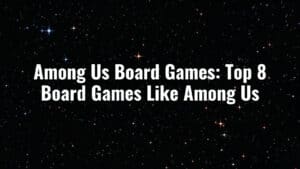 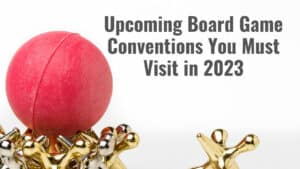 Upcoming Board Game Conventions You Must Visit in 2023 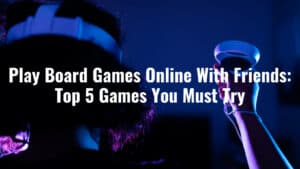 Play Board Games Online With Friends: Top 5 Games To Try!!! 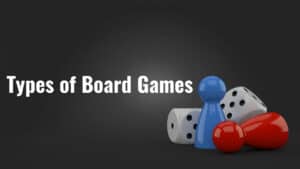 10 Types of Board Games 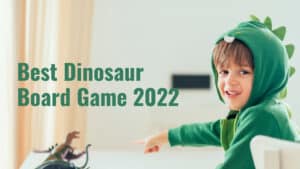