If you are interested in Axie Infinity, you must learn about its gameplay and classes first. In this article, we will talk about Dawn Axie. What is Dawn Axie? Why are they not preferred by players? Learn everything about Axie infinity gameplay and Dawn Axie in this post. Let’s get started. 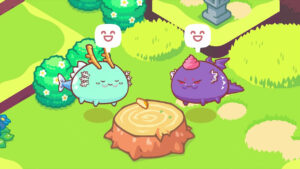 Axie Infinity’s core game play is very similar to those of the Pokémon franchise. Battles are contested in a one-on-one format, with each player fielding a three-axis team. These axes each have their own set of stats, and the battle is fought in turn-based combat.

Each class is stronger or weaker than another, so picking the appropriate one for combat is crucial. Axies with a class edge will do 15% more damage to the opponent, while axeies with a class deficit will inflict 15% less damage. The game uses a rock-paper-scissors approach to guarantee that all classes are proportional. One class might be stronger or weaker than the other.

Learn about Dawn Axie below.

Skill: It denotes the attacking ability of an Axie, you can hit combo attacks with high skill level.

Morale: It increases the chances of striking a critical hit and letting them to enter “last stand,” which allows them to strike a few more rounds before being wiped out.

What is Dawn Axie? 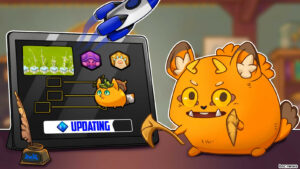 What is Dawn Axie? Except for morale, Dawn Axis has no “poor” stats. They also lack a “strong” role that qualifies them for a particular function. They are nicely balanced and hence have no actual or obvious role. That is why they aren’t used in PVP. We believe they have the potential to play a unique role, equivalent to the bruiser but more subtle due to their underappreciated status.

They’ll be able to resist shots while simultaneously dealing enough damage to bring their dps down in the middle of the game. Dawns, we believe, will have benefits that others will not be able to obtain in the future, particularly in land games. They, like all special classes, have two natures rather than one, making them more valuable.

How to Play Axie Infinity?

The cheapest Axies are likely to cost between $150 and $300 apiece. So, simply to get started, you’ll need to spend at least $600, but think of it as an investment because these $600 Axies might return quadruple the money in a short period of time. You’ll be gathering, growing, and employing Axies to fight other players for prizes, such as SLPs. After you’ve purchased the Axies, install the Axie Infinity gaming program on your device and begin playing.

What is PVE in Axie?

PVE is a game mode in Axie Infinity. PVE stands for Player Versus Environment. In this game mode, users must defeat monsters in all 36 levels. Players will earn SLPs and experience after each level.

Why does nobody use Dawn Axie?

Dawn Axies have less HP and speed as compared to others, therefore players prefer breeding other Axies.

We hope that you have learned a lot about Dawn Axie. However, you should learn about the other Axie classes as well to pick your own entity. It is important to learn about their strengths and weaknesses before opting for them in a game. You can breed them and make them more powerful than before.