There are a wide variety of Axies found with a plethora of characteristics and qualities, and we should know that each axie has an advantage or disadvantage over the enemy. This can be classified into 9 types of Axie in Axie infinity, out of which 6 are common, and the other 3 are rare by nature. You can read in this article the different characteristics of each Axie type and how to morph such axis with a special segment on the fastest Axie class.

Also known as the Fish, their predominant strength is attack and speed. In addition to the Bird class, they are also used as DPS.

With an HP higher than Bird’s class, they have the vitality and speed that can nearly match them. If the axie has the same card as its class, it will gain 3 points in speed and 1 in HP.

The Aquatic axies are strong against Bugs, Mech, and Beasts, and on the other hand, they are weaker against Reptiles, Plant, and Dusk. One is required to know this to conserve more energy and strategize the game better against the opponent.

Due to its balanced nature, such Axies can be used as Tanks with an additional aid of defense and regeneration cards which will confer it ‌ good HP. They are most commonly used as DPS since they are excellent attackers and can take down teams in the process of a backdoor.

It is one of the most versatile Axies and performs very well in the roles of DPS or Support. They have a high Morale level due to which they can cause ‌great critical damage. This can work as a Support to boost your Tank and DPS. if cards with huge potential for offensive attack are used, they can cause damage of more than 300 and function as a DPS instead.

If the Axie has the same card as its class, there will be a boost of 3 points of Morale and 1 Speed. One needs to keep in mind while choosing a Beast is the amount of purity it has which will ensure a very strong critical attack.

The Beast class is strong against Plant, Reptile, and Dusk types of class as well as weak against Bird, Dawn, and Aquatic types.

It is one of the most widely used DPS due to its strong power of attacking and the cards it can have. It has great speed and attacking strength which makes it one of the best DPS in Axie Infinity.

The more the Bird Axie will have a bird-type card, the more it raises ‌Speed by 3 points and Morale by 1. In any PvP duel, it can attack first with a lot of authority. It has 27 HP, 35 Skill, 35 Morale, and 43 Speed. This stat increases or decreases based on Axie’s purity. And for this class, ‌ speed can be increased as much as needed.

The Bird class Axie makes an excellent DPS and an attacker. With the right cards, damage of 400 can be obtained through the Axies.

This type of Axies is strong against Beast, Mech, and Bugs but weak against Reptiles, Dusk, and Plants.

This Axie is not among the best, hence they are used the least in the game, but it has cards that give the users smarter ways to play this class. They can cause debuffs for the opponent team. With every card of the Bug-type, there is a gain in 3 points of Morale and 1 HP. They must be used not for their defense or attack potential, but for their ability to harm the opponent directly.

They hold an HP of 35, 31 Speed, 39 Morale, and 35 Skill. This Axie has a good amount of points, but it derives its real strength from the cards it uses. They are strong against ‌Plants, Dusk, and Reptiles, and weak against Bird, Dawn, and Aquatic types. Including a Bug in an Axie team is very unconventional.

This class has one of the best Axies that perform excellently as Tanks due to their great playability and endurance. This class shows off a very high HP irrespective of the cards used with it.

For each plant-type card, this Axie gets 3 HP points and 1 Morale. Due to its high HP, it works as a durable tank that resists enemy attacks.  It has 61 HP, 31 Skill, 41 Morale, and 31 Speed. The levels of HP and Morale are pretty high compared to other classes due to which it makes a phenomenal defense tank.

They are strong against Bird, Aquatic, and Dawn types of class and weak against Beast, Mech, and Insect types.

This Axie type is similar to the Bug/Insect type of class and they are not extensively used as a class due to the complex nature of its cards. It makes an excellent off-tank.

It can resist battles as long as possible due to its good HP and Speed. If the Reptile class has the same card as its class, it has an increase in 3 points of HP and 1 Speed. The cards considered must always be contributing to the defense or serve as an interruption or obstacle while facing the opponent.

The class has an HP level of 39, 31 Skill, 35 Morale, and 35 Speed. It is a very stable and balanced Axie and has ‌commendable performance as an Off-Tank.

They are strong against the Aquatic, Bird, and the Dawn class and weak against the Beast, Mech, and the Bug class.

This class comprises ‌Beasts and Bugs, which implies that they confer high damage and have tricky cards. They have High Skills and that makes their combo attacks more efficient. They are known to be faster and inflict more damage; therefore they can be considered ‌‌very good DPS.

They are strong against the Reptile, Plant, and Dusk classes, and weaker against the Bird, Dawn, and Bird classes.

This is a Secret class that has no weak stat apart from ‌Morale. They are a very balanced class and therefore it’s difficult to confer them one role. They do not have a good PvP performance; however, with a Plant and Mech combination, it has more probability of winning.

They have an HP of 35, with 35 Speed, 39 Skill, and 31 Morale. They are strong against the Bug, Mech, and Beast classes, but weak against the Plant, Reptile, and Dusk classes.

It is a secret class that has a high amount of HP and Speed which makes it an excellent Tank. They are generally Reptile or Aqua. They can be used as bruisers due to their high shield and health.

They have an ‌HP of 43, with 39 Speed, 27 Skill, and 31 Morale. They are stronger against the Aquatic, Dawn, and Bird classes and weaker against the Dusk, Reptile, and Plant classes.

What type of Axie is the fastest?

The bird class Axies are the fastest Axies in the game; they have a high speed with which they can damage and outspeed other classes when used in the right way strategically. They deal 15% more damage towards the Mech, Beast, and Bug classes, whereas it gives 15% less damage towards the Plant, Reptile, and the Dusk classes.

Their level of survivability is pretty low due to its really low HP; hence they need to act fast and outsmart their opponent before it is attacked.

The Axies of the Bird class can achieve maximum stat potential if their body parts are from the Bird class itself. They gain +3 Speed and +1 Morale for each part they gain, these are bonus stats that optimize the primary stat.

There is a gain of +10% shield and damage if they are using ability cards from the Bird class.

How do you Morph in Axie Infinity?

To morph an Axie one needs around 5 minutes.

Firstly one has to:

In the following article, we are introduced to the 9 classes of Axies. In this detailed guide, we serve you information on each Axie Class that is present in the game. We learn about all 9 types of Axies, including knowing ‌what type of Axie is the fastest and how to Morph in Axie Infinity. We hope this detailed guide serves its purpose and answers all your queries. 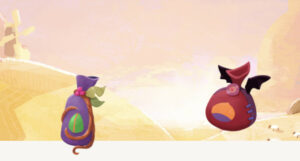 What is Alice’s Mysterious Seed? 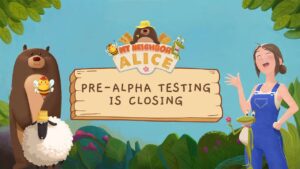 Where To Buy My Neighbor Alice? 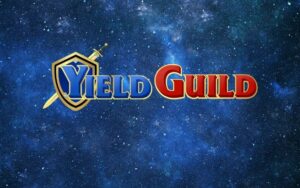 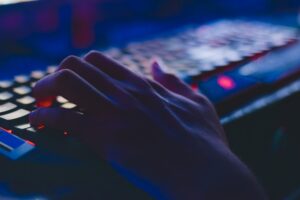 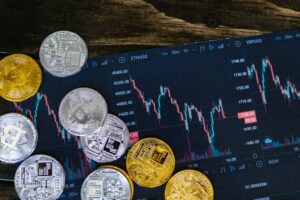 How to Buy Yield Guild Games? 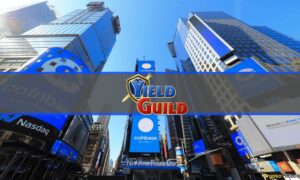