Is Star Atlas play to earn? Star Atlas is a play-to-earn game that was launched some months ago, but the game only came out a week ago. So, if you’re wondering how to play Star Atlas and what you’ll need to get started, we’ve got a comprehensive tutorial for all newcomers right here.

Star Atlas, like most other play-to-earn games, needs an initial investment to get started, and after you’ve met all of the conditions, you’re ready to start earning cryptocurrency!

What is Star Atlas? 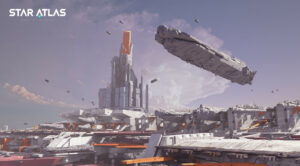 Developed on the Solana blockchain, Star Atlas is a space-themed sustainable strategic video game. It’s a large multiplayer metaverse established in the year 2,620 in the decades ahead.

Inside the Star Atlas realm, players may trade, acquire, and produce non-fungible tokens (NFTs), creating an economy that mirrors the tangibility, possession, and worth of real-world assets.

Because Star Atlas is based on the Solana blockchain, it will benefit from the network’s transactional capacity, which may reach 50,000 transactions per second.

Solana is hailed as one of the quickest, safest, and censorship-resistant blockchain networks, offering an open platform on which decentralized apps may be developed. Solana also has low transaction costs, which average about $0.00025 for every transaction.

Is Star Atlas Play to Earn?

Yes, Star Atlas is a play to earn blockchain-based videogame in which you may earn POLIS and ATLAS core tokens.

How to Play Star Atlas Game? 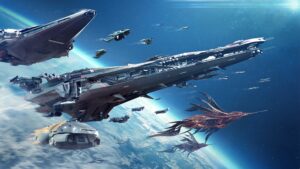 How to play the Star Atlas game? Players must embark on lonely and arduous excursions plagued with many risks as they acquire resources and attempt to outwit other players in the virtual world in the Star Atlas game’s enormous environment.

Players will own all of the assets they collect in the game and will be ready to trade those NFT-enabled in-game products on secondary NFT markets.

The goal is to stimulate the commercialization of time spent in the Star Atlas game, allowing for a real-world financial reward for participation.

Learn more about How to Play Star Atlas in detail

Getting Started in Star Atlas

Go to the Star Atlas website to create your gaming account. Select Connect Wallet in the lower-left corner of the page to link your Phantom account to the game.

It is now time to select your Faction. Currently, the game has only three Factions, each of which specialized in a different area. At the moment, all Factions function relatively identically, however depending on the Faction you select, you will be able to participate in faction-specific tasks in the future.

Furthermore, each Faction will have considerably easier access to a set number of raw resources than others. In future game upgrades, you will be able to acquire raw materials and make new goods, or you will be able to sell them. Please remember that you WILL NOT BE ABLE TO CHANGE YOUR FACTION IN THE FUTURE.

After you’ve chosen your Faction, you’ll need to pay a modest petrol cost and you’ll be ready to go! 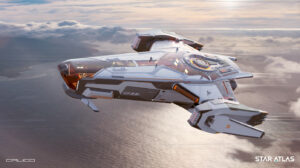 This is the start of the actual job! In Star Atlas, you must possess at least one starship to send it on missions and make money. There is now a large variety of spacecraft available in the game, with the lowest costing 20 USDC or just more than 200 ATLAS.

Each spaceship enrolled on a mission will award you in ATLAS every day, but it will also require maintenance and replenishment. Currently, an enlisted spacecraft will require four sorts of resources: Fuel, food, ammunition, and a repair or toolkit are all necessities.

Each spaceship’s effectiveness rate for the aforesaid materials varies. So, a $20 spaceship would consume 0.15 ATLAS worth of materials per day and earn 0.95 ATLAS each day, and a high-end spacecraft might makeover 100 ATLAS per day, however, the daily cost of maintenance would be greater. But, in the end, having a high-end spaceship will be considerably more efficient than owning a low-cost one since it will create more income.

However, you cannot verify a spaceship’s efficiency level in each resource category before buying it. This is a significant disadvantage for Star Atlas at the time, as you don’t know if the spacecraft you were going to buy will require more food or more energy. You can only estimate it by looking at the specifications and components of the spacecraft in the trade option.

Enlisting a Spaceship and Earning Money

You can enroll after purchasing a starship with USDC or ATLAS. When you recruit a starship, it should never run out of needed supplies, which means you must recharge all resources before they run out. For lower-tier spacecraft, you will need to enter the game each day to recharge certain resources by buying some quantity of that resource, while high-tier spacecraft will empty of resources after a few days or even a few months.

Star Atlas might also be a dangerous investment. As always, we highly advise you to conduct your research before investing in this project, as we are merely giving a guide for those who are intrigued and are not recommending or making any recommendations.

Star Atlas is a play to earn game, however, changes in the price of ATLAS over time may have an impact on your earnings from this game. While it might be bullish, bearish, or remain constant for an extended period. This is a significant risk in this project.