Is Star Atlas a good investment? Read this post to get the answer.

Most people all over the world wish to make a lot of money, and they may have discovered some of the best platforms available. Everyone, not just investors, aspires to make a large sum of money to settle in their lives.

Well, it may sound warm, but it is not effortless to earn because the world has become more competitive, with millions of people investing their money in a variety of platforms such as the share market, mutual funds, and many others.

However, the most popular and successful investing system is always known as the cryptocurrency industry, where millions of users have been investing funds to earn huge profits.

What is a Star Atlas Coin? The Star Atlas is a well-known multiplayer online game set in the virtual gaming world. It was created using Unreal Engine 5, which allowed it to have cinematic-quality and real-time environments. The game is situated in a futuristic science fiction world in the year 2620, where nearly three major factions have formed and are fighting for resources and control.

All of this is reliant on humans, a group of extraterrestrial races, and sentient androids. According to insiders, the game is heavily influenced by several genres, and users will be required to devise tactical plans of action for interacting with other gamers and factions. The game has many different features. Because it is a futuristic game, it will provide gamers with some of the most exciting actions.

Deep Space exploration, battle, building space stations and ships, and making alliances to scale control are only a few of the game’s elements.

Read this to learn How to Play Star Atlas in detail

Is Star Atlas a Good Investment? 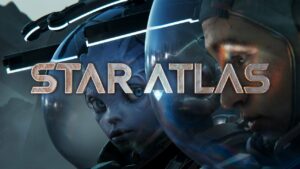 Is Star Atlas a good investment? Star Atlas, like all altcoins, is a high-risk investment. Because of the good use purpose, well-designed tokenomics, engaged community, and a strong team behind it, it has a better chance of going up than down.

The ATLAS token is on the market for quite some time now. Many people believe this is a scam currency because the team hasn’t shown any games. When purchasing gaming tokens, it’s best to hold off on investing in new projects until their games are out.

The same can be said about Star Atlas, where no one understands when the game will be released. Investors have been cheated out of their money. Despite this, we’ve made several key price projections based on the project’s possibilities and the community’s strengths.

Is Star Atlas a good investment? Now, let’s check the price prediction of ATLAS down below:

Before we publish our coin price prediction, we’d want to point out that this is a volatile market that can fluctuate many times in a matter of seconds. People lose a lot of money every second, and some traders even make a lot of money from their coins.

There are many opportunities for the coin to gain in value, but traders will have to retain the coin for the following few years. So, according to the coin’s estimate, the price will be about $0.2794697616 by the end of the year.

If you have chosen to acquire this coin at its current price, it may be an excellent opportunity for all traders because some experts believe that the currency is set to take a big climb in the next few days, and investors will see a great profit from it.

Let us warn you that, as we previously stated, this is an unpredictable market that can change multiple times in a matter of minutes, and as a result, we do not push anyone to participate in this market. The trader’s or readers’ only danger is investing in the market. Furthermore, some experts have predicted the coin’s expected price, which appears to be approximately $0.3706708309 by the end of the year.

There are many coins on the market that have the potential to gain in value over the next several years, but we cannot guarantee the coin’s value because these virtual coins can be modified at any time, exposing traders to significant losses. Most of the time, there are few opportunities to acquire a high price for these coins.

We can just share the estimated price, which is expected to be approximately $0.4603498193 by the end of the year, and we can also anticipate some more pricing.

Finally, the decision has been reached, and it appears that the currency will deliver significant profit to clients in the future months. Perhaps investors will not have to wait for the next few years since most experts predict that the coin will experience a significant increase in the next months.

Well, this is just a guess, and we can’t change it, but we can anticipate the gaming industries to build a vast platform around the world, and it appears that this coin Star Atlas will make a big reputation for itself in the market. Our Star Atlas price prediction is merely a guess, and it may be way off.