New additions are being introduced to blockchain-based businesses as the popularity of cryptocurrencies grows. By utilizing decentralization, the usability of several cryptocurrencies has transformed a number of services. Now let us explore if is Enjin Coin a Good Investment?

The gaming industry has been extremely profitable as a result of NFTs, as well as considerably easier and less expensive. However, when it comes to cryptocurrencies associated with the decentralized gaming industry, Enjin Coin (ENJ) takes the lead. Enjin Coin, despite its unique offerings, may be a worthwhile investment because of its future price growth.

What is Enjin Coin (ENJ)? 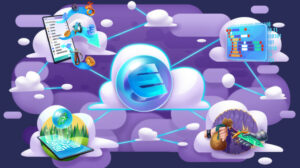 Enjin Coin (ENJ) is a cryptocurrency and ecosystem based on digital commodities or tokens. It is integrated into both the corporate and gaming industries as an ecosystem. Maxim Blagov and Witek Radomski founded the Enjin initiative in 2009. It began as a simple community platform, but as time went on, it grew in popularity. Enjin Coin, on the other hand, was created in 2017 and debuted in 2018.

Enjin is based on the Ethereum blockchain. ENJ is the Enjin platform’s native token. ENJ tokens are ERC-20 tokens that can be used to run different blockchain services. Enjin Coin has a restricted amount of 1 billion ENJ tokens, with approximately 834 million already in use.

The Enjin initiative has partnered with a number of large corporations, which has contributed to Enjin’s success. Microsoft, Samsung, Atari, BMW, Unity, Aave, and more corporations fall into this category. More than 35 official game developers are currently enrolled in the Enjin Adopter program, which has aided in the further growth of this cryptocurrency.

How does Enjin Coin Work?

Enjin Coin uses smart contracts, which are sets of rules that regulate each operation without the need for a central authority because it is developed on the Ethereum platform. Enjin Coin uses the same Proof-of-Work consensus protocols as Ethereum (PoW). When Ethereum 2.0 is fully upgraded, however, it plans to switch to Proof-of-Stake (PoS).

As a result, in the coming years, the Enjin Coin consensus could be Proof-of-Stake. However, unlike Ethers, ENJ cannot be mined natively. ENJ tokens can be staked, which means the network will use them and pay you with more tokens after the staking time is over. 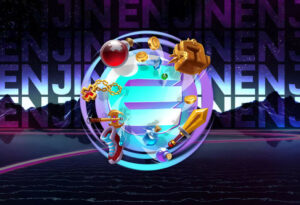 Enjin Coin users may produce and tokenize digital goods, which is a major function. With Enjin Coin, anyone can create their own crypto and utilize it as NFTs in the gaming business. This is accomplished through ENJ tokens, which allow users to create a new, unique token by combining their existing ENJ tokens. ERC-1155 tokens are the freshly formed tokens on the Enjin network. According to this, the more assets developed by users, the more non-refundable ENJ tokens are consumed, increasing the scarcity of Enjin Coins. 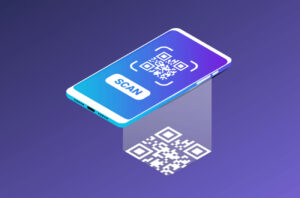 Enjin’s software kits are another important aspect that makes it an ideal network. Players can use tools like Unity, Godot, Java, and other game platforms to build their own projects over the Enjin network.

Another feature of Enjin is its huge and diverse marketplace. Users in the network can benefit handsomely by selling any tokenized asset they possess. Social media stars have recently started releasing their own tokens on platforms like Enjin, knowing that they can sell whatever they own for a hefty price.

Enjin Beam is another special feature of this crypto network. It’s a digital asset distribution network. People can effortlessly transfer fungible and non-fungible tokens via QR codes thanks to Enjin Beam. The Enjin network also offers a smart wallet to its members. This sophisticated wallet is used to engage with the network’s many decentralized applications and games.

How to Buy and Store Enjin Coin?

There are several exchanges that offer Enjin Coin, but it’s critical that you pick one that isn’t a scam or has excessive transaction fees because then you’ll be missing out on the economic cost of investing that money in more cryptocurrencies.

Some of the best crypto exchanges for Enjin Coin are Binance Exchange, Upbit, CoinBase, OKEx, etc.

When it comes to keeping Enjin Coins, it’s equally critical to pick a secure cryptocurrency wallet. Online and offline crypto wallets are available. Enjin Wallet is by far the greatest hot wallet that supports ENJ. When it comes to cold wallets, all Ledger or Trezor devices accept ENJ and are regarded as the safest option to keep your Enjin Coins.

Enjin as a project began in 2009, but the ENJ cryptocurrency was only issued in 2017. It began trading at $0.01 in November of 2017. Since its release, the price has continuously grown, hitting $0.13 in December of that year. ENJ followed in the footsteps of several other altcoins that had a bullish run during the first week of 2018, hitting a new peak of $0.44. It’s one of the finest coin launches of all time, with a staggering 4300 % price hike in less than 2 months.

Every bull market, however, is followed by a bear market. By April of that year, the price had reduced to roughly $0.09, followed by some other temporary spike to $0.17. The price then dropped to $0.02 in the following months and stayed within that range, which was practically as low as when it was first established. Surprisingly, the price increased again further in March of 2019, reaching a high of $0.21. Until mid-2020, the price remained constant, fluctuating between $0.06 and $0.13.

Enjin Coin currently has a market valuation of roughly $2 billion, making it the 70th most valuable cryptocurrency. 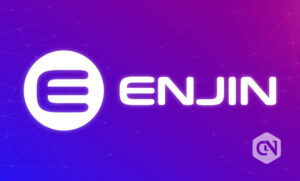 As metaverse speculations heat up the red-hot crypto marketplace, Enjin Coin is up over 20% on the day. Enjin, a videogame crypto platform, has gotten a lot of attention for possessing all of the elements necessary to build a successful crypto-based metaverse. Enjin Coin is now trading at $3.58 per token, but according to our research, it might reach $4.18. The gaming currency might ride metaverse chaos to new highs, according to the site, particularly after breaking past its previous $3.10 resistance level.

The Enjin coin saw a phenomenal surge from the start of this year through April, but practically all other cryptocurrencies experienced a market slump after that. The ENJ coin, on the other hand, has regained its lost impetus and is presently trading around the $1.4 level. According to the present ATH and Enjin coin price projection 2021, the coin’s estimated values are expected to remain above the critical resistance line of $2. 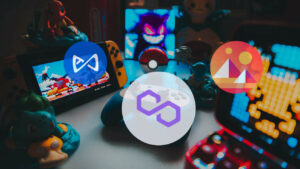 Enjin competes with a slew of other cryptocurrencies, including most NFT-related coins. Rather than competing with Enjin, certain NFT game platforms could collaborate with it. Even if Enjin doesn’t finish first, the cryptocurrency realm can support numerous NFT projects, therefore it can still prosper.

Because it profits from every game established on its network, Enjin is more inclined than its rivals to cohabit with blockchain games. Enjin may be the greatest solution for developers who determine that creating a unique virtual economy is not worth the effort. So far, it appears to be the most popular project for facilitating these activities, and unless a better solution emerges soon, Enjin could easily become the standard.

Axie Infinity and Decentraland are the two most popular NFT games. Both are Ethereum-based and have their own utility coins. They have no plans to integrate their tokens into other video games, unlike Enjin, so the video game and ecosystems they have created will have to survive and prosper on their own – without the support of new ventures.

Enjin benefits not only from each game on its network but also from each individual item within the games. It already has over 40 platforms and a plethora of other goods on the network, but none of them have proven to be particularly successful. Expect the currency to perform well if one or more Enjin initiatives get widespread popularity.

Is Enjin Coin a good investment?

Lastly, we come to the main question: Is Enjin coin a good investment? Enjin, like all unstable cryptocurrencies, is a high-risk investment that might pay off handsomely or cost you a lot of money. You would have made a 10x return on your investment if you had purchased Enjin before the start of 2021. If you bought it at the height, though, you would have lost more than half of your money. It’s generally a good idea to invest only what you can afford to lose in volatile cryptocurrencies like Enjin coin.

Enjin Coin has a restricted amount of 1 billion ENJ tokens, with approximately 834 million already in use. The tokenization of assets, Enjin Multiverse, vast marketplace, application kits, smart wallet, Enjin Beam, Efinity, and other characteristics distinguish ENJ. Over the previous several years, the price of Enjin Coin has increased. ENJ hopes to expand its network and community in the coming years by adding new services and collaborating with a variety of businesses. Furthermore, the long-term price of ENJ is expected to rise.