Wondering how to play My Neighbor Alice? Find out for yourself here. My Neighbor Alice is a game based on a multiplayer builder concept where players construct and establish their virtual territories, communicate with their neighbors, complete daily tasks, and earn rewards.

It allows you to earn points by growing crops, building on pieces of land, and trading stuff.

Inspired by popular games like Animal Crossing, the game combines the best of both worlds: a place where players can enjoy the gameplay experience, as well as an ecosystem for players who wish to collect and trade NFTs (non-fungible tokens), even if they don’t know what an NFT is.

How to play My Neighbor Alice? 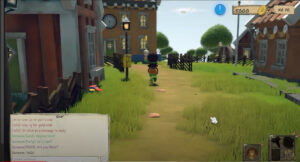 After purchasing a plot of land from Alice or the marketplace, players can customize it in any way they see fit. They can adjust the terrain’s shape and adorn it with in-game goods such as houses, lakes, decorations, animals, plants, and other items purchased separately.

Game products might be traded via the in-game marketplace and NFT marketplaces on other blockchains. The game contains a reputation system that rewards players with increasing perks for being good landowners.

It will open new opportunities for players to collaborate on a common objective and pool resources to execute enjoyable activities. For example, the game will allow players to participate in activities and tournaments organized by the community.

My Neighbor Alice will also include a decentralized forum where players may discuss game activities, learn about forthcoming voting schedules within the Decentralized Organization, and make new friends.

My Neighbor Alice will provide many opportunities for users to collaborate on a common objective and pool resources to execute enjoyable tasks. For example, the game will allow players to participate in activities and tournaments organized by the community.

When can I play My Neighbor Alice? 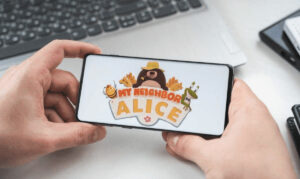 My Neighbor Alice is among those games that succeeded well in 2021, both in gaming mechanics and in-game economy development. First and foremost, the game’s native coin, ALICE, has nearly reached the top 100 cryptos in terms of market valuation.

The developers also announced the launch of the beta version, a successful land sale, several NFT events, Alice’s Mysterious Seed mini-game on Binance Smart Chain, and – most importantly – the Metaverse Grant Program, which has already connected the worlds of Chromia and Mines of Dalarnia with My Neighbour Alice.

Furthermore, the developers vowed to pay close attention to the last one. The Alice team welcomed any initiative that wanted to have some engagement with Lummelunda, Alice’s world. As a result, they expect the in-game economy will expand and diversify methods of obtaining ALICE cash.

Version 1.0 was initially scheduled to be released in the spring of 2022. However, the developers anticipate a full release in 2022 but did not specify which quarter.

Where can I play My Neighbor Alice?

Millions of gamers have been introduced to the blockchain through the pleasant farm and building game.

My Neighbor Alice is a multiplayer construction game in which anyone may purchase and possess virtual islands, acquire and build great stuff, and get a nice company.

The game is a combination of the best of both worlds: an engaging plot for ordinary players who feel like enjoying the gameplay experience and an NFT ecosystem for players who want to acquire and trade NFTs:s, even if they have no idea what an NFT is..”

Characteristics of the game 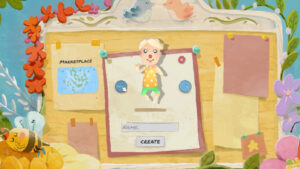 In the game, each player is represented by an avatar, through which they can interact with other players. Players could also customize their avatars by adding new assets to them.

Players could buy virtual plots from Alice or the market in the game. There is a limited supply of plots in the universe, and NFT tokens represent each plot.

In-game assets may be deployed into the game and purchased on the market. Houses, animals, vegetables, decorations, and cosmetic goods for the player’s avatar are among them.

The Alice token is the game’s principal currency; it allows players to swap NFTs, purchase land, and use particular Defi products such as collateralization, repurchase, and staking, mostly in game development.

Take a look at the early prototype.

After purchasing a plot of land from Alice or the marketplace, players can alter its shape and adorn it with various in-game goods such as houses, lakes, decorations, animals, plants, and other items purchased separately.

Game products might be traded via the in-game marketplace and NFT marketplaces on other blockchains. It generates liquidity for the assets generated by the game and encourages more people to join in creating the Alice universe.

What exactly is an Alice land lottery?

The My Neighbor Alice land lottery is the game’s first opportunity to purchase land. But what is the purpose of a lottery? Alice wants to give everyone a fair chance to acquire a plot of land at this first auction, not just the highest bidder.

Thirty-six million five hundred eighty-four thousand sixty-six tickets were given during the second lottery for 1,000 plots won by stakers. During the third land sale lottery, 45,860,693 tickets were distributed, with 1,000 stakers winning plots.

To participate in the lottery event, make sure you understand NFTs, and the land sale lottery dashboard, own a MetaMask wallet, know how to use it, and are familiar with Chromia and the CHR coin. Finally, you should be familiar with the My Neighbor Alice game and the ALICE token.

What is the price of the My Neighbor Alice game?

My Neighbor Alice is a completely free game; however, you can customize your avatars and virtual plots by purchasing various in-game things.

The system requirements include a Windows 7 or higher operating system. Furthermore, your PC or laptop must have a video card with 1024MB of video random access memory and 4 GB of storage capacity.

The game will be available on traditional gaming platforms and the official Alice website. Nonetheless, it is worth noting that the whole game is scheduled to be released in Spring 2022. In addition to the exciting narrative, individuals who want to go beyond gaming and monetize their experience can use gamified finance and blockchain components.

What is My Neighbor Alice’s worth?

My Neighbor Alice’s technical capabilities decide its worth. Furthermore, the technology utilized to create the project and its features and use cases influence the game’s worth. These elements determine the project’s inherent value and potential to become a mainstream game using Defi features and technology that build a trustless lending economy.

Because cryptocurrencies are subject to regular changes caused by volatility, ALICE’s intrinsic worth does not necessarily equal its market value. Instead, the value of the My Neighbor Alice coin is determined by market movements and momentum.

The project appeals to both blockchain-based gamers and Defi enthusiasts, and as its acceptance rate increases, so will the value of ALICE. Creating NFTs for in-game objects adds to My Neighbor Alice’s significance as a novel NFTs-based game.

What can I do with ALICE tokens?

The My Neighbor Alice token can be used for the following purposes:

ALICE is an in-game currency that may be used to purchase in-game products and NFTs for avatars.

ALICE tokens can be obtained by participating in various in-game events such as tournaments.

Token holders may be able to participate in the decentralized governance process through the Community Council, which regulates how earnings are spent and game development and expansion.

My Neighbor Alice is essentially a building game for multiple players. The platform aims to introduce blockchain technology to a wide range of participants. Aside from that, people can exchange their virtual islands, make new friends, and gather to create intriguing goods.

According to the whitepaper, the game seeks to enroll multiple gaming communities from traditional platforms quickly. Furthermore, the game allows users to become game owners by gaining control of the platform. We hope you enjoyed reading this article.