Many people in the industry have been desperately waiting for the AAA blockchain-based NFT videogame Illuvium to be released. The developers of Illuvium have enough resources and financial resources to provide everyone with a high-quality gameplay experience. The layout and elements of the game also make it one of the most complex NFT titles ever.

As a result, as the title nears its BETA debut date, gamers’ interest will continue to grow. In this article, you will learn how to play Illuvium.

How to Play Illuvium? 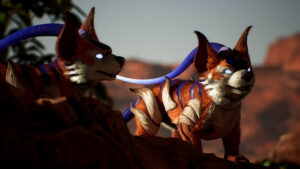 You must contain an Illuvial in a shard to capture it. To capture the Illuvial effectively, the shard should be more powerful than the Illuvial. If your Illuvial is harmed, it will begin to mend itself in its shard over time. You can spend a charge or use things to boost up the health healing process if you wish to speed it up. Illuvials come in a variety of finishes, including Shiny, Gold, and Holographic. To play Illuvium, you need to learn about settings first.

A spaceship crashes upon an extraterrestrial world with a variety of settings, harsh weather occurrences, unique climates, and odd beasts. Players then assume the role of a Hunter, who must explore the globe, capture monsters, and unearth unusual obelisks that allow them to go faster and see more of the map.

To play Illuvium, you must know about its gameplay first. Users must create their avatar to their desire, just like in any other role-playing game. It’s the time to venture out into the environment and start exploring. 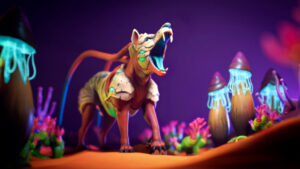 Illuvium is an Unreal Engine 4-based open environment videogame. This engine distinguishes itself from prior blockchain-based games by allowing for detailed areas and settings. Illuvials and other in-game elements will appear in the player’s wallet as NFTs once they have been caught.

Over 100 Illuvials can be found across the open world, each belonging to a different class with varied affinities. As a result, some Illuvials may work well together in combat while others may not. The variety is also influenced by the opponents’ Illuvials, which creates unique scenarios and matchups.

To play Illuvium, you will have the following classes to choose from:

To play Illuvium, you will have the following affinities to choose from:

Illuvials with more strength can have inclinations to two components at once, allowing for more possibilities. Illuvials can even overlap the same affinity repeatedly, allowing them to become even more powerful within that affinity. For instance, you can make a frost Illuvial by combining air and water, or an inferno Illuvial by stacking two fire inclinations.

When fighting, the combos of classes and affinities are quite crucial. A player who chooses an expansion Illuvial (nature + nature) over an inferno Illuvial (fire + fire) will almost certainly have a bad time.

In-game Illuvials are held in things called shards, whereas the NFT version of Illuvials is housed in crypto wallets. Shards are similar to Poké Balls in Pokémon. The strength of shards varies, just like the power of Illuvials. Stronger shards are required for more deadly Illuvials. Illuvials gain strength, enhance their powers, and rank up as a result of combat experience.

The fusing of Illuvials to make them extremely powerful is a key part of the videogame. Players can combine three fully leveled Illuvials into a single, more deadly Illuvial by collecting 3 fully leveled Illuvials. Stronger Illuvials are more effective in combat and are worth more ILV, the game’s native token. Those wishing to profit from Illuvium should concentrate on obtaining matching Illuvials, developing them to their top-level, merging them, and then trading them for greater prices.

Players that have caught Illuvials and want to fight can join a matchmaking process in the Ranked Arena. Individual people may also be singled out and challenged to a fight in the Leviathan Arena, where viewers can wager on the outcome. 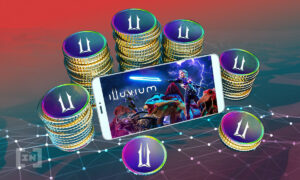 Illuvium is an auto-battler, so keep that in mind. This implies that before the match, both players need to choose their Illuvials, weapons, and armor. In contrast to other similar-styled games like Pokémon, players cannot choose their attacks or alter the result once the fight has begun.

Illuvium is different from other blockchain-based games. It has a completely 3D environment with more than 100 different Illuvials strewn over its various locations. Each Illuvial was created by a group of professional artists. All the characters are designed by professional artists which makes the video game’s aesthetics mind-blowing.

It also has several features that set it apart from other blockchain-based AAA games and titles. These characteristics include:

What is Illuvium (ILV) token?

You should have a good grasp of the platform after reading this far, and you should be able to decide whether or not engaging in Illuvium is the right decision for you. Given what it has to deliver, as well as its previous performance and future goals, we are confident that Illuvium will show to be a rewarding investment in the coming months, with increased returns and the likelihood of your present investment increasing in value. But, once again, nothing is certain! Go play Illuvium and get to learn about its tokens and ecosystem.